Munich with NEXOO monitor where cyclists are most at risk

The WalCycData project focuses on improving the safety of vulnerable road users, i.e. cyclists and pedestrians. It is not just a "desk study", the solution combines data collection from various data inputs with real-life verification in traffic thanks to a unique cycling sensor.

The aim is to help cities to detect risk spots in their territory and to help improve the environment for promoting active forms of transport (cycling, walking) within the city. 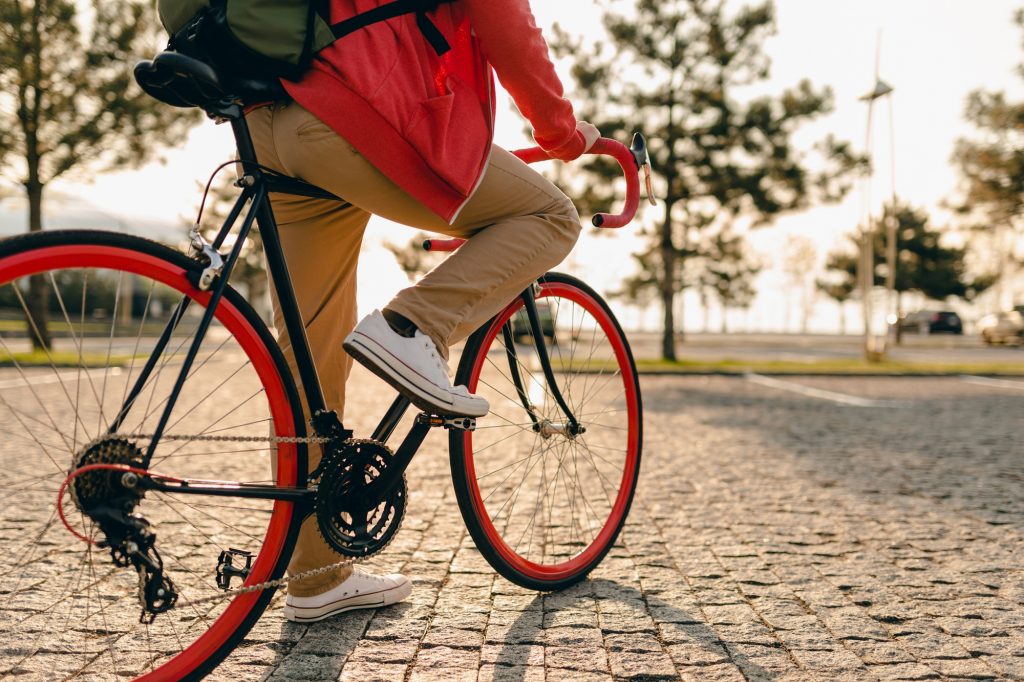 The WalCycData project focuses on improving the safety of vulnerable road users, i.e. cyclists and pedestrians. It is not just a „desk study“, the solution combines data collection from various data inputs with real-life verification in traffic thanks to a unique cycling sensor.

The aim is to help cities to detect risk spots in their territory and to help improve the environment for promoting active forms of transport (cycling, walking) within the city.

A practical experiment needs a suitable laboratory. And in the case of the WalCycData project, Munich, Germany, is the perfect laboratory. We asked the representative of the city of Munich, Dr. Christine Reintinger, who is involved in the pilot testing of the project, a few questions about the project itself, and what it can bring not only to the capital of Bavaria.

The City of Munich has set itself the goal of significantly increasing the share of cycling and walking in the modal split by improving the infrastructure and giving priority to these modes of transport in many areas, e.g. in the control of traffic signals. Furthermore, the aim is to increase the quality of stay in the public space and to improve road safety.

For this, it is important to improve the data basis for cycling and walking. Data on traffic volume and road safety are available in different formats in the City of Munich. A joint consideration of different data sets for the analysis of traffic volume and traffic safety is therefore indispensable. In addition, only police accident data is available for the city, i.e. only accidents reported to the police are recorded. Unreported accidents can only be estimated at great expense through cooperation with insurance companies and hospitals. In addition, near-misses cannot be recorded. The concept of the urban-i box makes enables a city to collect data on dangerous locations that registers both objective factors and the subjective assessment of cyclists. Information on traffic volumes of different traffic types, reported accidents and dangerous hotspots identified by cyclists can be provided in a bundled form for urban planning.

The test went quite smoothly for the participants. Although the test took place in the winter months (November to March), the weather was not a significant limitation due to the exceptionally mild temperatures. During the entire test period, cycling was only impossible for about three weeks due to snowfall. The Corona pandemic limited the test for some testers as work sites were closed at short notice and public life largely came to a standstill. As a result, participants were able to undertake fewer trips than previously planned. Technically, the urban-i box was easy to use for the participants. None of them had problems with the recording of their rides.

However, the testers pointed out possibilities for improvement in mounting and handling. Poor surfaces of the cycle paths and crossings (uneven asphalt, kerbs not flattened to road level, etc.) were a challenge for mounting the box. In these cases, participants had to intervene to keep the box in the right position so that it does not tip over and film the cycle path instead of the traffic.

The data used in the project was all available in the City of Munich and did not have to be purchased or collected. However, one challenge was to prepare the data so that it could be used for the purpose of the project. Traffic data is collected and used for different purposes in the city administration, e.g. for traffic control, for planning and evaluation of individual transport infrastructure projects or for the urban traffic model to predict traffic development. According to their purpose, the data was not available in the form needed for the project. In addition, the data come from different sources and are managed with different software, partly in proprietary developments, so that standards and formats differ. The effort for the city therefore was in preparing the data so that it could be further processed in the project.

The results are comprehensible. The identified accident hotspots can be explained by the prevailing risk factors of the respective locations. These are, for example, a high volume of traffic, both motor vehicle and bicycle traffic, which is also concentrated in narrow time windows during peak hours, inadequate infrastructure, unclear intersections and junctions, short crossings at traffic lights, etc. The procedure used to identify incident hotspots according to the type and kind of accidents already gives indications of the possible main causes at these locations and facilitates the analysis of the accident occurrence.

The Road Safety Unit in the city administration continuously analyses accident data in the city. If necessary, changes are then made and evaluated, e.g. structural changes or in signal control. Results from the project are therefore also used as a basis for risk assessment and possible modification measures.